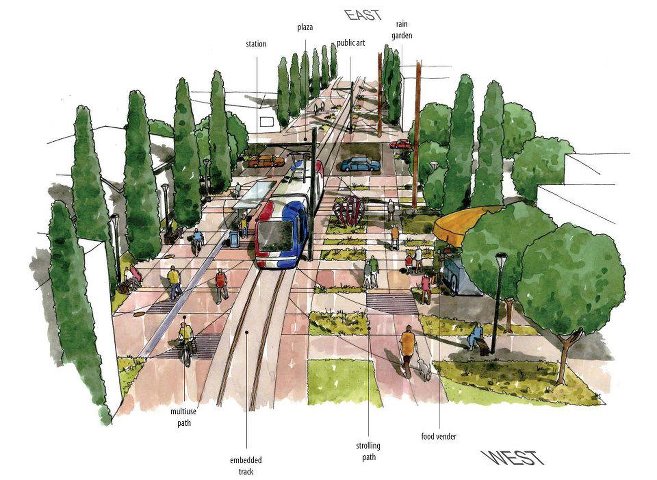 The Sugar House business district is on the verge of major changes, thanks to development projects either under way or coming soon. $400 million is projected to be invested privately in the next 5 years there. For years, a symbol of Sugar House development was an empty lot in the middle of the business district on the corner of 2100 South 1100 East, nicknamed by some as “the Sugar Hole.” It was a proposed project stalled by a variety of factors, including the economic downturn. Nine major projects are in the works in the area that will bring about 1,000 new residential units, and nearly 2 million square feet of new residential, retail and office space. The new two mile Sugar House streetcar line, which had a groundbreaking last week, is driving the growth, as well as other amenities like bike trails, restaurants and entertainment. A major factor is a strong demand for housing, particularly apartments, due to the ease of financing as opposed to building and financing condos. Solid development is slated for each of the seven stops along the new streetcar line and should move forward pretty quickly. The Sugar House streetcar line is expected to be finished by late 2013.