SLC is open for business 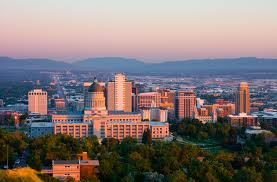 Salt Lake City joins Austin, Texas, and thirteen other cities including Warsaw, Poland, and Stockholm, Sweden, in the list of cities that are emerging as hot spots for business.

Fortune says they looked at economic data, talked to business leaders about where they plan to open new offices and factories and talked to local business leaders. Utah Governor Gary Herbert was among those local leaders touting Salt Lake City as a great new location for business.

“This was an opportunity to showcase how Utah is business-friendly, with low taxes and low energy costs, an impressive workforce and one of the strongest local economies,” the Governor said in a statement released Wednesday. “I was thrilled to see Salt Lake City get this well-deserved and timely recognition.”

Fortune cites low tax rates and low-cost utilities as prime reasons for Salt Lake City’s desirability, plus the numerous start-ups coming out of the University of Utah, who claims to produce the most successful start-up companies in the nation. A recent study also determined that Salt Lake City’s workforce is the most productive in the nation.

BYU graduate and Salt Lake City resident Josh James is listed as one of four CEOs on the frontiers of global business for Omniture, a company he started in the early 1990s and sold to Adobe for $1.8 billion cash.