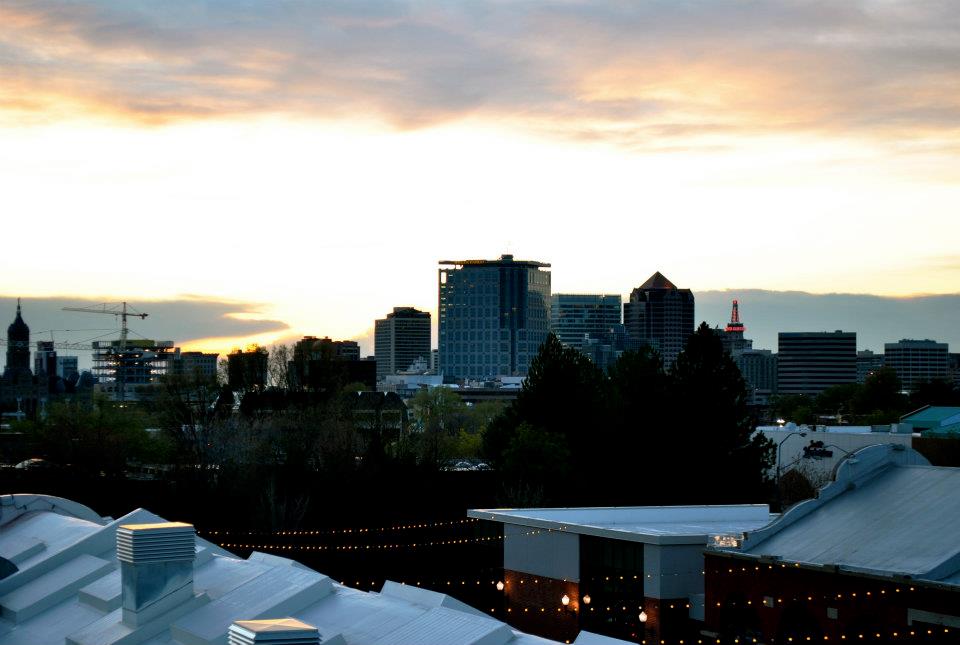 Many people have an image of life in Utah capital Salt Lake City as some blend of Big Love and a never-ending episode of Donny & Marie, and there’s no denying there’s some truth to that. But many of us exist in a version of Utah that also is the home of great music, art and food, and a long-running “underground” scene that inspired the decent indie flick SLC Punk. We also have natural beauty that no other American city can match, courtesy of the Wasatch Mountains to the east and the Great Salt Lake to the west.

Here are a few of the things that make living here worthwhile:

1. Killer Mexican food — The Red Iguana boasts seven kinds of mole sauce and many other spicy delights, and it draws both travelers who hit Red Iguana EVERY time they come to town and locals who can’t imagine a month (or week) passing without tasting Red Iguana’s food. The original of three locations has walls covered with the autographs of touring musicians and celebs who have passed word of the Red Iguana since 1985: ZZ Top, Drive-By Truckers, Los Lobos, Dick Dale and, um, Elvira, Mistress of the Dark, to name a few. 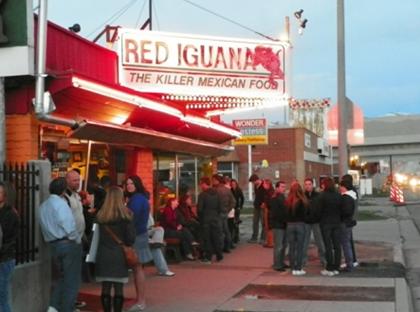 2. Free summer tunes — Every summer, the Salt Lake City Arts Council offers up a free concert series downtown, the Twilight Concert Series, that has grown from a few dozen people sitting on a hill to tens of thousands crowding into a downtown park for shows by the likes of the Decemberists,Q-Tip, the New Pornographers, Sonic Youth, The Black Keys and Bon Iver, all recent headliners. The series has been going for nearly 30 years, and it’s the kind of use of taxpayer money that’s easy to get behind.

3. A cult favorite — Built in 1893 on the shores of the Great Salt Lake and designed to be the “Coney Island of the West,”The Saltair has burned down and been rebuilt three times, been used for scenes in the 1962 cult horror flick Carnival of Souls, and then evolved into a concert venue. The Ramones, Green Day and Smashing Pumpkins all played there, and nowadays you’ll find a steady diet of DJs like Skrillex andBenny Benassi, as well as metal and hardcore shows, filling the funky spot to the tune of about 5,000 people.

4. Horns up! — Fans of the rock doc The Decline of Western Civilization Part II: The Metal Years might recall W.A.S.P.guitarist Chris Holmes floating in a pool and chugging vodka, praising the groupies of Salt Lake City. Yes, the rebellious children of Utah have always loved their metal, from hair bands to hardcore, and they’ve helped keep local treasureThe Heavy Metal Shop open for 25 years. Kevin Kirk works as a butcher in the early morning hours, then opens his shop for autograph sessions, in-store performances and a steady stream of people who want a T-shirt or a CD. They’re not just metalheads, either; check out Sleigh Bells‘ Rill, Rill video and you’ll see guitarist Derek Miller sporting a Heavy Metal Shop hoodie. 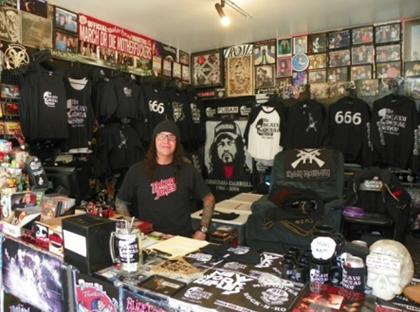 5. Offbeat art — Built by a local eccentric back in the late ’50s/early ’60s, Gilgal Garden is a collection of sculptures and stones engraved with a peculiar mix of religious scriptures, poems and philosophical quotes. The city and private donors stepped in to save the site from development about 15 years ago, and the space remains a favorite oddball stop by locals and tourists drawn to sights like a sculpture of a sphinx with Mormon Church founder Joseph Smith’s head attached to a lion’s body made of huge quartzite stones. 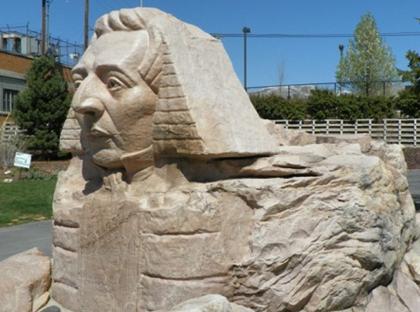 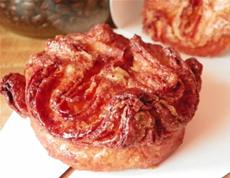 6. Increasingly foodie — Kouing-aman is the name of a buttery-on-the-inside, crispy-sweet-on-the-outside French pastry made by Salt Lake City’s Les Madeleines— and just a few other bakeries in the entire country, probably because they take nine hours to make. They’re addictive, and also indicative of a foodie scene that’s growing and full of top-notch fare made by creative chefs dedicated to local products and dragging Salt Lake City’s dining scene into the 21st century. Be sure to check in at local faves The Tin Angel, Pago, Bambaraand The Copper Onion if you find yourself in Salt Lake City and searching for something tasty.

7, Gay Salt Lake City — Even those who already knew Salt Lake City has a large, active LGBT community were still surprised when The Advocate came out earlier this year and declared us the “gayest city in America.” In the 2010 Census, Salt Lake City was No. 3 nationally among mid-sized cities for its number of gay and lesbian couples, and SLC’s Pride weekend each year features a huge downtown parade and two days of music and partying that attracts gays and straights alike.

8. Ironic mustaches abound — Salt Lake City will never be mistaken for Williamsburg or Portland, Ore., but we have all the accoutrements of hipster living — just in smaller doses. We have roller derby leagues and microbreweries (check outSquatters and Epic Brewing, both award-winning breweries), competing burlesque troupes and a bevy of memorable dive bars, tattoo shops, trivia quiz nights, artisanal cocktail spots, gallery strolls and plenty of indie-rock, hip-hop and dance-music shows to go around. Our cinema pub, Brewvies, has been around for more than a decade, and all-ages music venue Kilby Court goes back even longer. Boutique distilleries arrived a few years back, and High West in Park City and Ogden’s Own Distillery north of Salt Lake City both peddle excellent locally made spirits.

9. Easy access to the outdoors — Just 20 miles or so from downtown Salt Lake City is the ski town of Park City, home to the Sundance Film Festival every January, and three world-class ski resorts that offer natural playgrounds in winter or summer for hikers, bikers and skiers looking to shred through the “greatest snow on Earth” (our license plates even say so!). The film festival changes the vibe from ski town to Hollywood, at least briefly, and the effects are felt in Salt Lake City, where Sundance holds dozens of screenings during the festival each year.

10. Street food — The food cart scene is still relatively young in Salt Lake City, although the Asian-inspired, upscale Chow Truck has a serious following. We also have sushi carts, gourmet hamburger trucks, curry carts, hot dog and veggie dog stands and a mobile brick-oven pizza truck. Taco carts dot downtown in droves; virtually every block has a satisfying Mexican meal waiting for you to the tune of two tacos for $1.50. Strategically located outside many bars and music venues, your late-night munchies are often available before you get on the train home. Sometimes, you even run into the band you saw earlier that night, making their own taco cart run — it happened to me with both The Thermals and She & Him. 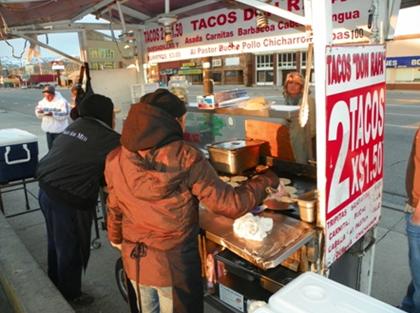 11. The lush life — Pressed against the base of the Wasatch Mountains on the east side of Salt Lake City, Red Butte Gardenhas amazing views of the Salt Lake Valley, meticulously maintained gardens of flowers and trees, rushing creeks, serene ponds and a 3,000-capacity amphitheater that is Salt Lake City’s best summertime concert venue. The 2012 summer concert series includes shows by The Shins, Wilco, Steve Martin and Norah Jones.

← SALT LAKE CITY: Utah’s capitol city was ranked among the top 10 U.S. cities in which to buy a home now.
From Selling to Sold →