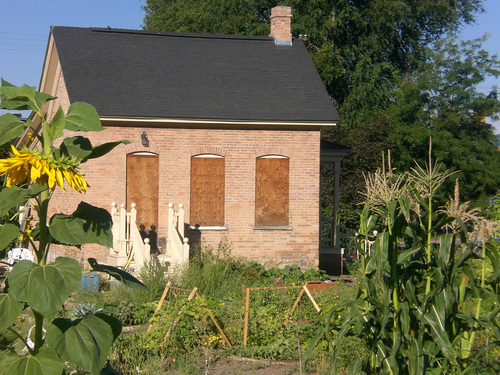 On July 29, 1847 a group of Mormon Pioneers known as the Mississippi Company, among them John Holladay of Alabama, entered the Salt Lake Valley. Within weeks after their arrival, they discovered a free-flowing, spring-fed stream, which they called Spring Creek (near what is now Kentucky Avenue). While most of the group returned to the main settlement in Great Salt Lake for the winter, two or three men built dugouts along this stream and wintered over. Thus, this became the first village established away from Great Salt Lake City itself. There were numerous springs and ponds here and grasses and wild flowers were abundant, making this a most desirable area for settlement.

Holladay is the oldest continuously inhabited settlement in Utah, since Salt Lake City was abandoned for a time in 1857 when Johnston’s Army occupied the city.

Holladay is one of the many well established neighborhoods of Salt Lake City with good schools and many amenities ( community centers, shopping, parks) available to the area residents.